Life has been pretty busy.  I wish I had more time to sit at my computer and blog- it’s the one thing that really helps me escape, this and reading a book or watching a good movie.  Honestly it’s so hard to get a good amount of downtime to do either. 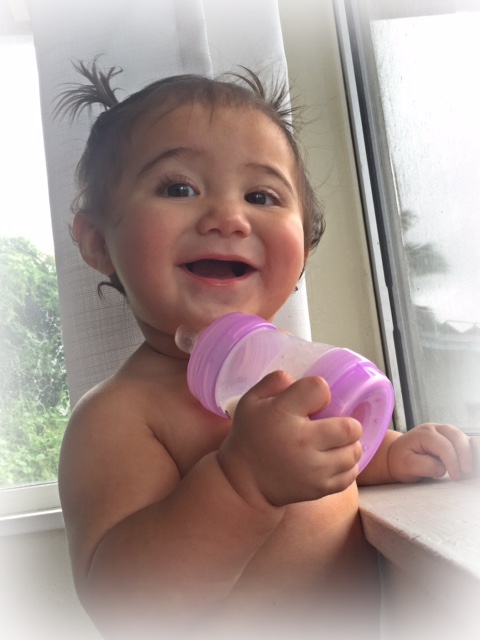 I love this picture of Aria!  She started a little cold last week so obviously she was very grumpy so I’m glad I caught one of the rare moments when she was happy.  She’s constantly wanting to be carried, she’s had a runny nose that had her throwing tantrums because she was so irritated and there have been a few sleepless nights. It’s so sad and at times frustrating.  Of course I can’t blame baby but when I have to get things done sometimes I just have to put her in her crib and let her cry while I try to do as much as I can.  I’ve been feeling like a zombie for almost a week now. 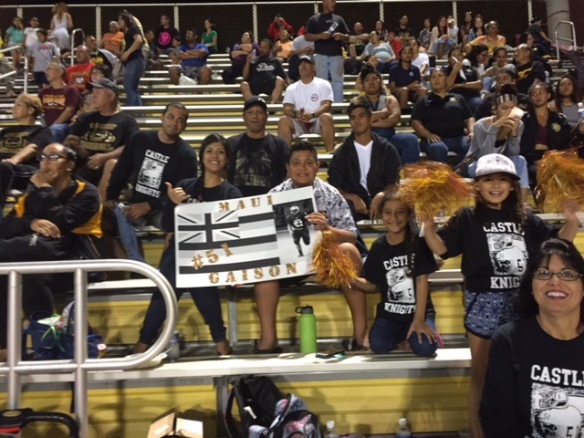 Last week Friday was my son Maui’s homecoming football game and senior night.  They won!!! He played so well and it was nice that so many of my family members were able to show up and support him.  This Saturday is their last season game before heading off to the playoffs.  Hopefully they can make it pretty far (fingers crossed). 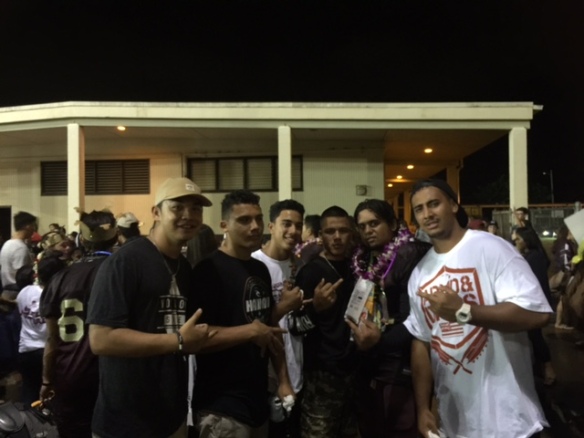 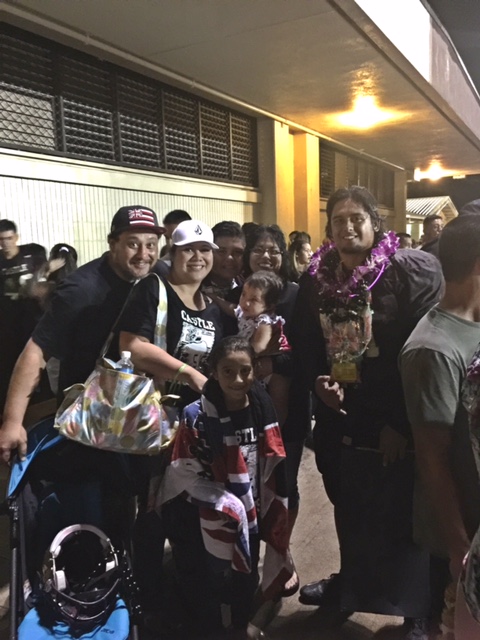 We very rarely take pictures with all 6 of us in it.  Even in this picture my mom is included lol.  Maybe for Christmas this year we’ll get some professional ones done with all of us. 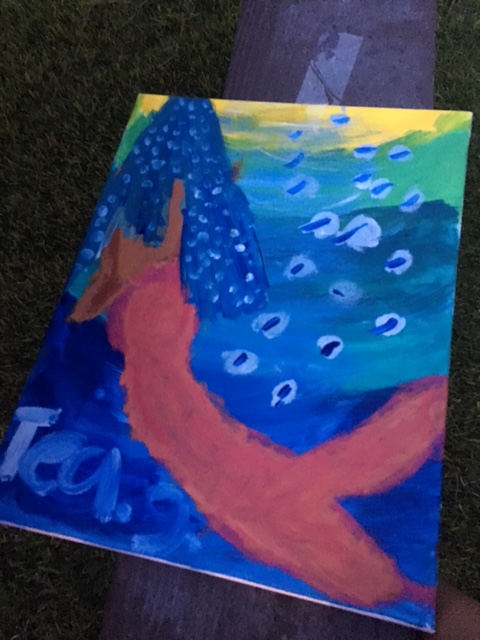 On Saturday Tea went to my niece’s birthday party.  My cousin let my niece invite a few of her closest friends and had someone come over and give an art lesson. They were all taught to draw the same thing- a picture of a mermaid.  Tea sent me this photo of her painting.  Kahele and I were so confused on what we were looking at lol.  Kahele saw a blue volcano with orange lava flowing into the sea and I…. sort of agreed with him hahaa!  But when Tea came home she explained that the blue volcano is actually the mermaid’s hair and the orange is her tail!  Do you see it now?!  She loved it so much that she wants to paint all the damn time now.  Maybe she has a future, she’s way better than her father and I am for sure. 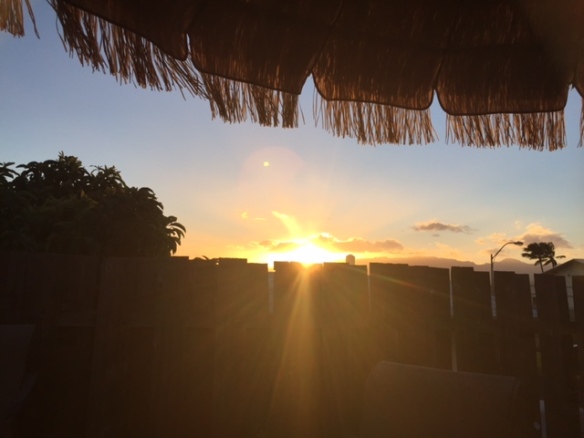 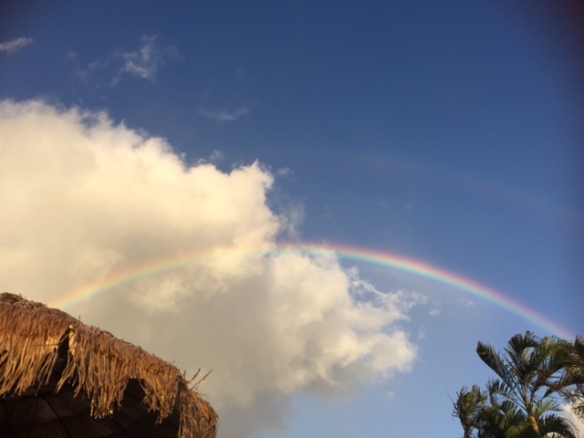 Sunday BBQ was so relaxing!  The weather was so pretty and the sunset and rainbows were gorgeous.

Well, that’s pretty much been whats been going on in my life as of late.  Hopefully I’ll have a new post soon!